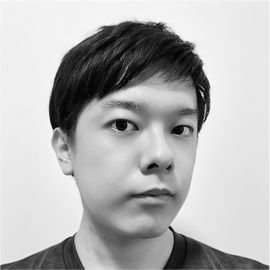 Halo effect of faces and bodies: Cross-cultural similarities and differences between German and Japanese observers

According to the halo effect, person perceptions are globally biased by specific traits or characteristics. Attractive people are attributed positive traits like prosociality, health, and dominance. However, due to a strong focus on facial stimuli it remains unclear whether this effect can also be found for bodies. Furthermore, most studies involved observers from individualistic cultures. This preregistered study explored the cross-cultural consistency of halo effects for men’s faces and bodies. Facial photos and 3D body scans of 165 German men were judged separately for attractiveness, prosociality, health, and dominance by 123 German and 100 Japanese observers. Results were mostly cross-culturally consistent and revealed strong attractiveness halo effects for faces and bodies, and a dominance halo effect for bodies, but not faces. Further predictions of the one ornament hypothesis were supported. This study provides new insights on halo effects as cross-culturally consistent cognitive biases in person perception for faces and bodies.

Inequality biases third-party evaluation of decision-making for others

People often need to make risky decisions for others, especially in policymaking, where a single decision can affect the welfare of a number of people. Given that risky decisions can yield variable outcomes and that people often evaluate policies after knowing the outcomes, the same risky policy can be evaluated differently depending on its outcome. Nevertheless, very little is known about how people make third-party evaluations of risky policies. Because people are sensitive to inequality among others, we predicted that the same policy would be evaluated more negatively if it leads to inequality rather than other outcomes. To examine this, we conducted a scenario experiment on risky and sure policies and investigated whether people’s distributive preferences moderated policy evaluation. We show that participants rated the risky policy lower when it yielded unequal situations between the recipients. Interestingly, participants did not evaluate the risky policy higher than the sure policy even when the risky policy yielded more desirable outcomes. In addition, participants who preferred sure distributions as decision makers or recipients showed the inequality aversion, whereas participants who preferred risky distributions showed no such pattern. Our results suggest that policy evaluation may be susceptible to the risks and inequality of outcomes among recipients. 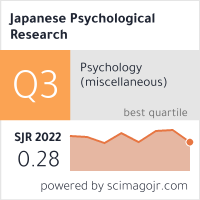 Trust is a vital element of any society. Previous studies using trust games have provided insight into understandings of trusting behavior. However, investors' behaviors can be confounded by their risk preferences in the game, and little is known about the relationship between stake size and beliefs of others' good intentions underlying trust. We thus used a variant of the trust game and conducted two experiments to examine how stake size affects investors' beliefs about receivers' trustworthiness, with model‐based analyses. We showed that, when holding all else equal, investors trusted more, but their expectations of reciprocation declined as stake size increased. However, actual receivers' reciprocation rates showed the opposite trend to investors' pessimistic beliefs. Furthermore, following previous studies in social psychology, we hypothesized that investors' social preferences (social value orientation) moderated the beliefs underlying trust, but they had no explanatory powers in investors' expectations of reciprocation. These results suggest that peoples' naive beliefs about stake size play a more important role in trust decisions than expected.

Bilateral (but not unilateral) interaction creates and cements norms at the covert psychophysical level: A behavioral and an fMRI study

Social norms, including values, beliefs and even perceptions about the world, are preserved and created through repeated interactions between individuals. However, whereas neuro-cognitive research on social norms has used the “unilateral influence” paradigm focusing on people’s reactions to extant standards, little is known about how our basic perceptions and judgments are shaped as new norms through bilateral interaction. Here, using a simple estimation task, we investigated the formation of perceptual norms using two experiments coupled with computational modeling. In the behavioral experiment, participants in dyads repeatedly estimated the number of dots on a screen and viewed each other’s answers. In the fMRI experiment, we manipulated the interaction process by pairing each participant with a computer agent which adjusted its estimations reciprocally to participants’ estimations (bilateral agent) or did not (unilateral). The results indicated that only the bilateral interaction yielded convergence of participants’ covert psychophysical functions (relations between subjective estimations and the actual number of dots) as well as overt behavioral responses within a pair. Bilateral interaction also increased the stability (reliability) of the covert function within each individual after interaction. Neural activity in the mentalizing network (right temporoparietal junction and dorsomedial prefrontal cortex) during interaction modulated the stabilization of the psychophysical function. These results imply that bilateral interaction helps people to cognitively anchor their views with each other. Such spontaneous perspective sharing can yield a shared covert “generative model” that enables endogenous agreement on totally new targets ― one of the key features of social norms.

You watch my back, I'll watch yours: Emergence of collective risk monitoring through tacit coordination in human social foraging 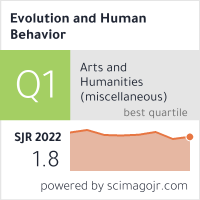 Predation risk is a significant concern when social animals including humans engage in foraging. When people search for resources together, individuals often find themselves in a producer–scrounger game, in which some individuals bear the cost of risk monitoring while others can free ride on those efforts. A theoretically rational strategy is to mix foraging and risk monitoring randomly with the same probability across all members, but such uncoordinated action often yields inefficiencies of under- or over-supply of risk monitoring in a group. Here, we examined whether people could spontaneously develop a coordinated risk-monitoring system, alternating vigilance and foraging in a pair. Given that human cooperation is vulnerable to fear of exploitation and emotional arousal under risk, we hypothesized that such sources of anxiety would be potential disruptors to coordination. In a laboratory experiment, two participants worked on a “treasure hunt” task simultaneously, in which they chose between low or high vigilance against predators during foraging without verbal communication. If one chose high vigilance with personal cost, it yielded a spillover benefit to the other. Besides behavioral choices, each participant’s physiological arousal (skin conductance response) and cognitive effort (tonic pupil dilation) were measured during the task. Results showed that some pairs were actually able to develop a role-alternating system over time through tacit coordination, but coordinated action was also vulnerable to anxiety and mistrust among participants. Overall, these results imply that, besides the mutual behavioral control that often characterizes repeated interaction, cognitive control of emotional arousal may be a critical psychological factor for the emergence of coordinated cooperation. 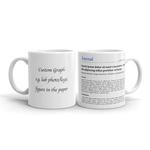